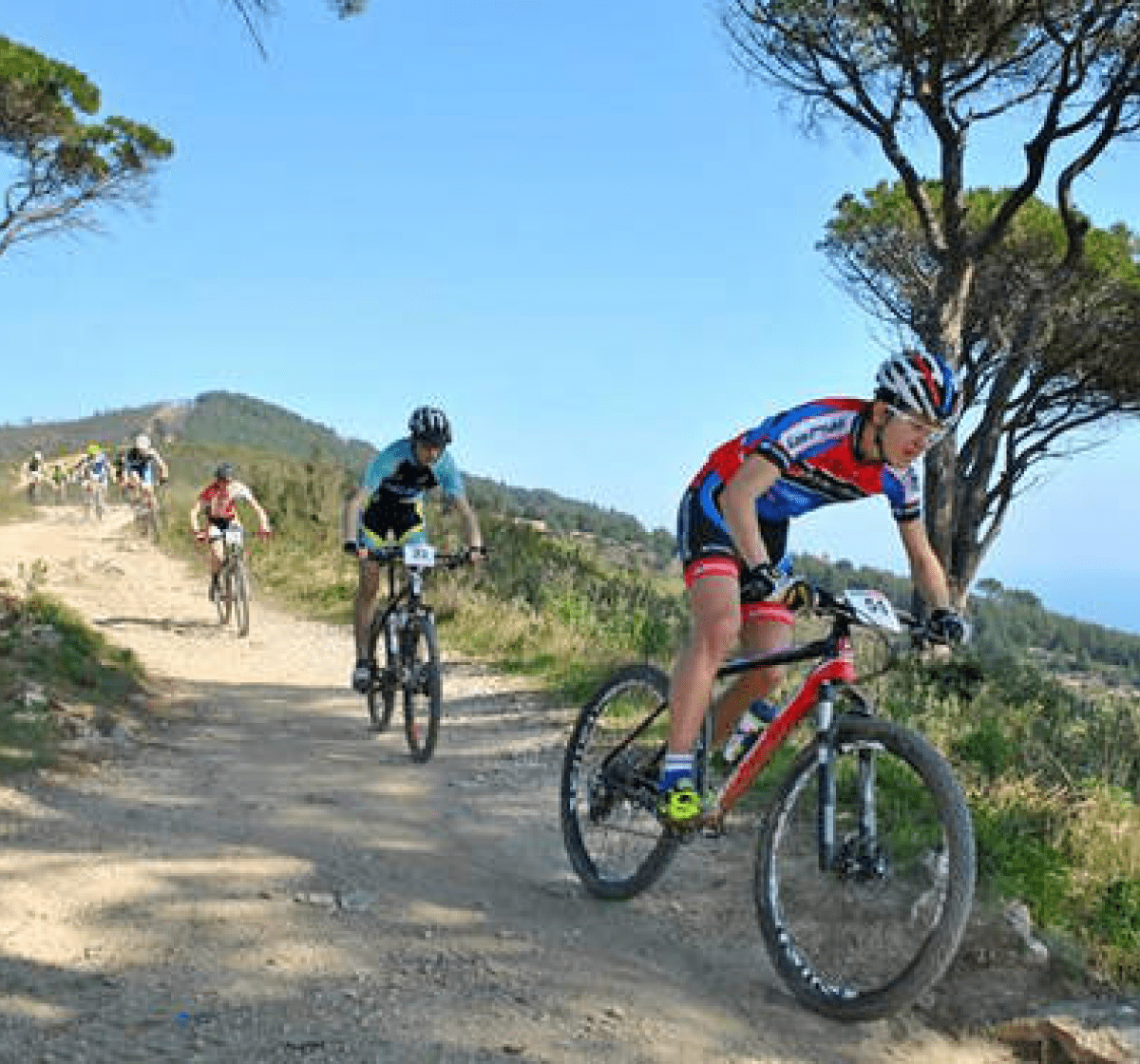 VALIDITY PERIOD OF THE OFFER FULL YEAR except for: Christmas period, Easter period, from 1st July to 15th September

The bicycle Eldorado is Liguria.And, in particular, the Laigueglia area offers many uncrowded paths that allow you to explore the
dirt tracks and internal paths, always with a look at the blue sea where you can look in the mirror.There is a succession of paths on beaten earth, stony paths and ancient Roman roads from the
sea to the olive groves to the holm oak woods that, with their bridges, allow you to overcome the
waterways set in the valleys.Mountain biking is the most suitable way to explore these areas, in total safety and tranquility
and experiencing aromas and flavours that you will rarely have experienced before.The different tracks adapt to all needs, from those of the inexperienced biker to those of the
trained biker.The proposed package includes cross country itineraries, the most versatile specialty, but
tailor-made itineraries can also be organized according to the level and satisfaction of the
participants, even for the less experienced.

Arrival at the hotel with welcome drink and accommodation in the room.

Meeting with a professional guide, briefing and explanation of the routes that will be covered.
Excursion ” Laigueglia-Graveyard-Castle-Colla Micheri, ritorno a Laigueglia ” with a duration of 4
hours and with a difference in height of about 600 m, it is a ring route with low difficulty that
extends on the heights above Laigueglia outlining its borders.

Excursion “Laigueglia Andora Conna Salto nel blu Cervo ” with a duration of 6 hours, 34 km and a
difference in height of about 850 meters, it represents a spectacular tour which, further inland,
allows you to see the coast up to Cervo, one of the most beautiful seaside villages in Liguria and
perhaps in Italy . The route runs along mule tracks and paths and is quite demanding

Excursion in the Finale area ”Route of the Roman Bridges with single track on the Plateau delle
Manie“, with a duration of 3 hours and a difference in height of 400 m, it is a medium difficulty
route that follows the ancient Roman road “Iulia Augusta”.
Return to the hotel with the possibility of using the room before departure.